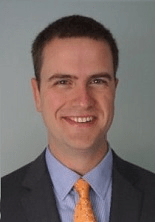 John Sawyer is the Director of Strategic Research Initiatives for the University of Maryland, where he builds and manages major programs and partnerships that enhance the impact and visibility of the university. Sawyer previously served as a senior researcher at UMD’s National Consortium for the Study of Terrorism and Responses to Terrorism (START), where he co-founded a research program incubator and served as START’s Commercialization Director, and in the private sector as a business development consultant. John graduated from UMD with degrees in History and Government and Politics before earning an M.A. in Security Studies and Ph.D. in Government from Georgetown University.